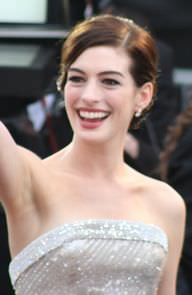 Anne Hathaway is an American actress. She stepped into the limelight in 1999 after she appeared on "Get Real", a TV series.

She was born in Brooklyn in 1982. She is of French and Irish descent. In 2012 she got married to Adam Shulman.

Her mother was an actress and she played Fantine in the first U.S. tour of "Les Misérables", when Anne was 6 years old!

She supports the LGBT rights and same-sex marriage. She also supports many charity organizations, such as The Step Up Women's Network, St. Jude Children's Research Hospital, The Human Rights Campaign and The Lollipop Theatre Network.

She and her husband birthed their first child Jonathan in March 2016. Three years later, they had their second issue, Jack.

How famous is Anne Hathaway on Social Media?

Just as her on-screen career, Anne Hathaway is equally a very prominent figure on social media. For instance, her Instagram page, which has in excess of 20 million fans, speaks volumes about popularity status on social media.

According to the actress, she was pregnant with her second child when she worked on “The Witches”.

Prior to her marriage to Shulman, the actress dated a businessman named Raffaello Follieri. Their affiare lasted from 2004 to 2008. 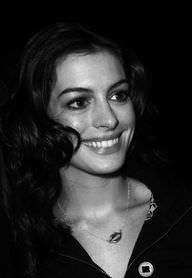 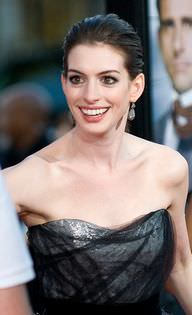 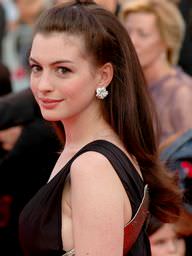 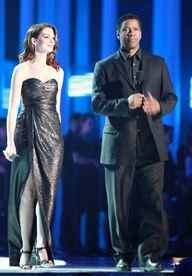 I believe I've always been a big believer in equality. No one has ever been able to tell me I couldn't do something because I was a girl.Anne Hathaway

I think fashion is a lot of fun. I love clothes. More than fashion or brand labels, I love design. I love the thought that people put into clothes. I love when clothes make cultural statements and I think personal style is really cool. I also freely recognize that fashion should be a hobby.Anne Hathaway

I'd love to be an artist that's multifaceted. At the moment, I am not. But wouldn't that be cool if I was like, 'Yeah, let me pull out my guitar and play you a song.' I would adore that. I am so far not gifted in that way. But I am a very hard worker and a very determined person, so who knows?Anne Hathaway

I've always believed in people's capacity for goodness. I still believe that people are good. What I'm not so trusting about anymore is their relationship to their own goodness.Anne Hathaway

Loneliness is my least favorite thing about life. The thing that I'm most worried about is just being alone without anybody to care for or someone who will care for me.Anne Hathaway

Quite frankly, I didn't become an actor to become a movie star. I have never dreamed about being the most famous person on the planet. I just want to do really good work.Anne Hathaway

We assume that we've come so far as compassionate citizens of the world if we do choose to read the news, yet the attitude towards life can be one where we put blinders on and forget that there are civil wars going on. It's easy to forget that there are so many people starving to death every single day.Anne Hathaway

You can alter movie singing so much because you go into the recording studio and, just technology for recording has gotten so good, you can hold out a note and they can combine a note from take 2 and a note from take 8.Anne Hathaway

Anne's birthday is in 129 days

Where is Anne from?

What is Anne Hathaway's height?