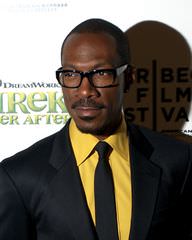 Eddie Murphy is an American actor, comedian, and director.

Eddie Murphy rose to fame with his profane stand-up comedy that made fun of all sorts of social groups. He released two albums of stand-up and released a popular DVD of it. After this, Murphy joined Saturday Night Live. On the comedy sketch show, he played classic characters. These include an older Buckwheat from Little Rascals and a cynical Gumby. Murphy has also been in films. He is most remembered for his acting in Beverley Hills Cop. He also has been in Shrek, Trading Places, Coming to America, and Norbit. 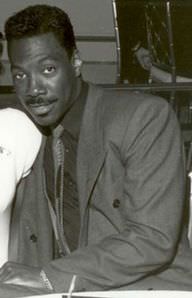 In a movie like this, the relationship between the two guys is crucial. It sinks or swims on how these two guys are together. I think we did a good job.Eddie Murphy

Eddie's birthday is in 272 days