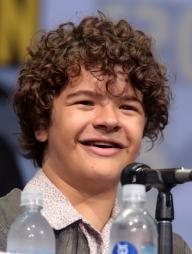 Gaten Matarazzo is an exciting Italian-American singer and actor. He’s one of the celebrated stars in Netflix’s popular series “Stranger Things”.

He’s also known for his roles in other movies and series like “The Angry Birds Movie 2” and “Blacklist”.

Gaten began his acting career as early as 2011 after he was allowed to play the role of Benjamin in the stage musical show “Priscilla, Queen of the Desert”. He continued with a number of stage performances including “Cinderella” and “Into the Woods”.

His celebrity status received a massive boost when he appeared in different television shows such as “Ridiculousness” and “Lip Sync Battle”.

In 2017, he won the Outstanding Performance by an Ensemble in a Drama Series at the Screen Actors Guild Awards. That same year, he received the Best Actor accolade at the Shorty Awards.

Gaten Matarazzo's birthday is on September 8, 2002.

Gaetano's birthday is in 23 days

Where is Gaetano from?