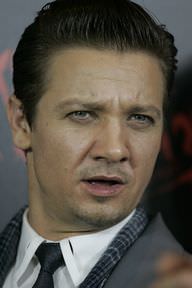 Jeremy Renner is an actor and singer who entered into the public spotlight for playing James "Jem" Coughlin in the 2010 film The Town, for which he was nominated for an Academy Award. His other famous film credits include The Hurt Locker, Marvel's The Avengers, Avengers: Age of Ultron and Mission: Impossible – Ghost Protocol.

Having starred in several films since the early 2000s, his breakthrough role finally came when he portrayed Sergeant William James in the 2009 film The Hurt Locker, for which he received an Academy and a Screen Actors Guild Award nominations. 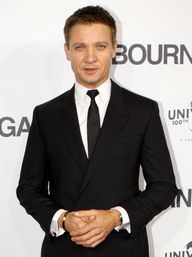 Architecture and building is about how you get around the obstacles that are presented to you. That sometimes determines how successful you'll be: How good are you at going around obstacles?Jeremy Renner

Fear is just not a part of my life - so much so that if it's involved in somebody else's life and they're close to me, I won't be around them.Jeremy Renner

I don't change. The things around me change.Jeremy Renner

I know it's a cliche but I never wanted to be famous. I don't believe anybody wants to be famous.Jeremy Renner

I like repressed characters. That gives me a lot of freedom to make a lot of different choices through subtleties.Jeremy Renner

I live my life through fear. If I'm afraid of it I'll do it just so I'm not afraid of it anymore.Jeremy Renner

I lived by the candlelight for two years because I couldn't afford power. It was nice and romantic at the time, but if you can't afford power you're pretty broke. You endure it.Jeremy Renner

I only scream and scratch when something's only 'really good' or 'good', I want to be great, or let's go home.Jeremy Renner

I was always a singer. But I was always focused on being an actor as my trade. Music I do just for me. The movie business is very difficult but the music business is just impossible.Jeremy Renner

I'm blessed to have cool roles in these big movies.Jeremy Renner

In the 'Hurt Locker' there's a lot of me in there, a sense of humor, a man of few words and a lot of action.Jeremy Renner

People find themselves in ruts all the time. You're in a complacent lifestyle where you work 9 to 5 and then you add a mortgage and kids. You feel trapped, but guess what, brother? You constructed that life. If you're OK with it, there's nothing wrong with that. But if you've got unease, then you've got to make a change.Jeremy Renner

The most experience I had in the criminology field is playing a thug as an actor. That was my first paid job. The police academy at the college was paying people to reenact the calls that potential cops would get. So I got to play thugs and people who were unruly.Jeremy Renner

The movie business is very difficult but the music business is just impossible. So I'll play in bands and record and play songs with other people, but for me it's a form of expression that all I need is me. I don't need cameras or agents, I can just have a piano and sing and feel totally verified.Jeremy Renner

There's too much down time making movies. That leads to boredom. And that leads to trouble.Jeremy Renner

What matters to me is learning and growing, and getting to do what I love to do. As long as I can do that, I'm happy.Jeremy Renner

You have to wait for a big star to come in and generate interest on a project, and now that has become me, which is an amazing blessing.Jeremy Renner

Jeremy's birthday is in 186 days

Where is Jeremy from?

He was born in Modesto, California, U.S..