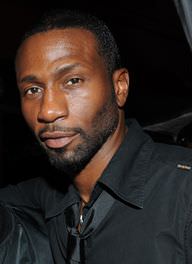 Leon Robinson is an American entertainer who is known to have started off his career during the 1980s as a film actor. He is popularly known for starring in the 1998 television miniseries, "The Temptations" where he played David Ruffin.

His parents are father, Leon Robinson III and mother, Antoinette Robinson. He was once engaged to Cynthia Bailey. He got married to Kirbie Wallace in 2017. His daughter is an actress named, Noelle Robinson.

Robinson won the "Outstanding Young Ensemble Cast" for the role he played in "A Mother's Courage: The Mary Thomas Story" (1989) at the 1990 Young Artist Awards.

He was nominated for the "Breakthrough Performance" for the work, "Diary of a Single Mom (2009)" at the 2011 Indie Series Awards.

People born on March 8 fall under the Zodiac sign of Pisces, the Fish. Leon Robinson is the 2565th most popular Pisces.

Aside from information specific to Leon Robinson's birthday, Leon Robinson is the 14673rd most famous American and ranks 775th in famous people born in New York City, New York, U.S.

In general, Leon Robinson ranks as the 29834th most popular famous person, and the 3680th most popular actor of all time. “The Famous Birthdays” catalogs over 25,000 famous people, everyone, from actors to actresses to singers to tiktok stars, from serial killers to chefs to scientists to youtubers and more. If you're curious to see who was born on your birthday, you can use our database to find out who, what, where, when and why. You can search by birthday, birthplace, claim to fame or any other information by typing in the search box, or simply browse our site by selecting the month, the day, the horoscope, or any other clickable option.