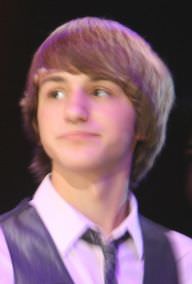 Lucas Cruikshank is an American actor and YouTube star who gained worldwide stardom creating and portraying the fictional character Fred Figglehorn on theFred video series for his YouTube channel. He also played the Fred character on the TV series Fred: The Show and the 2010 comedy film Fred: The Movieand its sequels. .

He was born to Molly Jeanne and Dave Alan Cruikshank. He grew up with two brothers and five sisters.

In 2009, his YouTube channel became the first channel in the entire history of YouTube to achieve over a million subscribers.

In 2013, he announced to the world via a YouTube video that he is gay.

Lucas' birthday is in 213 days

Where is Lucas from?

He was born in Columbus, Nebraska, U.S..