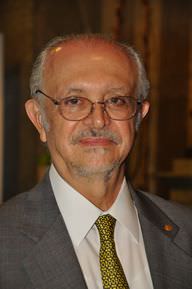 Mario J. Molina was a legendary Mexican chemist who, in 1995, became the first person from his country to win the Noble Prize. He gained worldwide prominence for being instrumental in the research and discovery of the harmful effects of chlorofluorocarbon gasses to the earth’s ozone layer.

He served his country as an ambassador to Australia. He also held diplomatic positions in the Philippines and Ethiopia.

His career was hugely supported by his aunt, Esther Molina, who was also a notable chemist.

In 1965, Molina graduated from the National Autonomous University of Mexico with a degree in chemical engineering. He obtained a Ph.D. in physical chemistry in 1972 from the University of Freiburg, in Germany.

In August of 2013, he was honored by former US president, Barack Obama with the “Presidential Medal of Freedom”.

He received over 30 honorary degrees from notable universities across the globe including Harvard University.

Molina passed away in October of 2020. It was announced, by the National Autonomous University of Mexico, that the Noble Prize winner’s death was caused by a heart attack.

He served as an advisor, on climate policy, to Enrique Peña Nieto, who served as the 57th president of Mexico.

In 2003, he joined other Noble Prize winners in signing the Humanist Manifesto.

Mario J. Molina was a famous Mexican chemist, Nobel laureate, who was born on March 19, 1943. As a person born on this date, Mario J. Molina is listed in our database as the 82nd most popular celebrity for the day (March 19) and the 188th most popular for the year (1943).

People born on March 19 fall under the Zodiac sign of Pisces, the Fish. Mario J. Molina is the 2381st most popular Pisces.

Aside from information specific to Mario J. Molina's birthday, Mario J. Molina is the 196th most famous Mexican and ranks 57th in famous people born in Mexico City, Mexico.

In general, Mario J. Molina ranks as the 27980th most popular famous person of all time. “The Famous Birthdays” catalogs over 25,000 famous people, everyone, from actors to actresses to singers to tiktok stars, from serial killers to chefs to scientists to youtubers and more. If you're curious to see who was born on your birthday, you can use our database to find out who, what, where, when and why. You can search by birthday, birthplace, claim to fame or any other information by typing in the search box, or simply browse our site by selecting the month, the day, the horoscope, or any other clickable option.