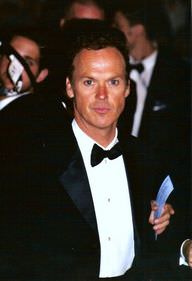 He has been nominated for an Academy Award, 2 Golden Globes (1 win) and an Emmy Award.

He was married to actress Caroline McWilliams for 8 years and he dated actress Courteney Cox for 6 years. He lives in Montana and he loves fishing.

Michael Keaton's birthday is on September 5, 1951.

Michael's birthday is in 335 days

He was born in Coraopolis, Pennsylvania, U.S..