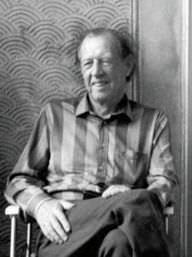 He was a Welsh author whose novels and writings have been relevant in studies especially in politics and social constructs.

Raymond Henry Williams was the name given to him at birth. His father worked on the railway for some time. He schooled at King Henry VIII Grammar School. He later got access to Trinity College on scholarship.  While there, he became part of the Communist Party of Great Britain. He decided to put a pause on his education in order to fight in the Second World War. He eventually returned to school after realizing things were not as he had thought they would be.

He became the first Professor of Drama at the University of Cambridge in 1967. He also worked at Stanford University as a political science professor. He released a few novels including “Border Country”, “Second Generation”, “The Fight for Manod” and “People of the Black Mountains 1 & 2”. In addition, he wrote a few short stories including “Red Earth” and “The Writing on the Wall”.

His father was very active in politics and watching him and attending meetings with him contributed to his interest in politics too.

Raymond's birthday is in 336 days

How old was Raymond when he died?

Raymond Williams would be 101 years old if he was alive today.

Where was Raymond from?

He was born in Llanfihangel Crucorney, Wales.