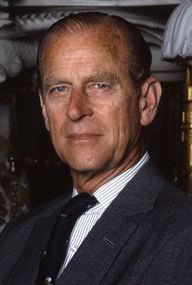 Prince Philip, Duke of Edinburgh was Queen Elizabeth II’s (Queen of the United Kingdom) husband. His original name (title) was Philip, Prince of Greece and Denmark.  He was born on the 10th of June 1921 at Corfu in Greece.

His father, Prince Andrew of Greece and Denmark (1882 to 1944) was the son of King George I of the Hellenes. And his mom, Princess Alice (1885 to 1969) was the daughter of Louis Alexander, Prince of Battenberg.

Prince Philip’s grandmother, Princess Victoria of Hesse and the Rhine, was the grandchild of Queen Victoria (former Queen of Britain between 1837 and 1901). This means that Prince Philip, through birth already had ancestral links to the British Royal family before his marriage to Queen Elizabeth, who through her father’s lineage is a direct decedent of Queen Victoria.

Philip had his education at Gordonstoun School in Scotland and the Royal Naval College at Devon in England. He also served in the British Royal Navy between 1940 and 1952 (when Elizabeth became the Queen of the United Kingdom). Philip, aside his official duties, he was also renowned for his amazing philanthropic engagements. Between 1981 and 1996, he was the president of the WWF (World Wildlife Fund).

Prince Philip, as at 2017 became the longest-serving royal spouse of a reigning monarch in the history of the British monarch – he was 95 years old then. Due to his age and dwindling health, Philip retired from all public responsibilities on the 2nd of August 2017. As at that time, he was 96 years old.

Prince Philip and Elizabeth tied the knot in a grand Royal wedding ceremony, which took place at the Westminster Abbey on the 20th of November 1947. The evening before his wedding, he was bestowed with the following titles; Earl of Merioneth, Knight of the Garter, and Baron of Greenwich. These were in addition to his famously known title – the Duke of Edinburgh.

Prince Philip and his spouse, Queen Elizabeth together had four children. Prince Charles (their first issue), was born in 1948 and he is an apparent successor to the Royal Crown. The couple’s three other children are: Princess Anne (born in 1950), Prince Andrew (born in 1960), and Prince Edward (born in 1964).

Prince Philip first met Elizabeth (his future wife) at the age of 14. At that time, the Queen was only 8 years old. They met in 1934, during the wedding ceremony of one of Philip’s cousins.

In 2011, Philip celebrated his 90th birthday. And to commemorate such a milestone in his life, the Queen (his wife) granted him the title, Lord High Admiral, for his birthday gift.

In 2015, Prince Philip was made a knight by Tony Abbott, the Prime Minister of Australia.

On January 17th, 2019, Prince Philip was involved in a car accident. He survived the accident and an official statement was released, which claimed that he was unscathed.

Affectionate nicknames that Prince Philip called his wife (the Queen) include “Cabbage”. 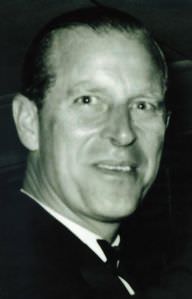 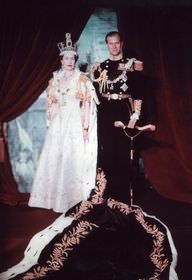 We don't come to Canada for our health. We can think of other ways of enjoying ourselves.Prince Philip

When a man opens a car door for his wife, it's either a new car or a new wife.Prince Philip

Prince of Denmark and Greece

Prince Philip's birthday is in 226 days

How old was Prince Philip when he died?

Prince Philip would be 100 years old if he was alive today.

Where was Prince Philip from?

He was born in Corfu, Greece.

Prince Philip was a famous Prince consort and Duke of Edinburgh, who was born on June 10, 1921. As a person born on this date, Prince Philip is listed in our database as the 6th most popular celebrity for the day (June 10) and the 2nd most popular for the year (1921).

People born on June 10 fall under the Zodiac sign of Gemini, the Twins. Prince Philip is the 191st most popular Gemini.

In general, Prince Philip ranks as the 2269th most popular famous person, and the 2nd most popular royalty of all time. “The Famous Birthdays” catalogs over 40,000 famous people, everyone, from actors to actresses to singers to tiktok stars, from serial killers to chefs to scientists to youtubers and more. If you're curious to see who was born on your birthday, you can use our database to find out who, what, where, when and why. You can search by birthday, birthplace, claim to fame or any other information by typing in the search box, or simply browse our site by selecting the month, the day, the horoscope, or any other clickable option.