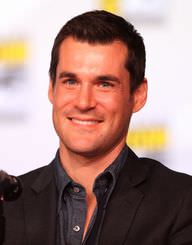 Sean Maher’s career as an actor began on stage in New York City, where he appeared in local productions such as “Into the Woods” and “Yerma”. In 1999, he made his screen debut in the television series, “Ryan Caulfield: Year One”.

He is widely recognized for his performance in the space Western drama series, “Firefly” and its film continuation, “Serenity” as Simon Tam.

He was raised by his parents, Margaret and Joseph Maher in New York, where he attended Byram Hills High School and New York University. He has been openly gay since 2011. He has two adopted children with Paul, his husband.

He was nominated for a Burbank International Film Festival Award in 2016.

He is featured in the video game, “CSI: Miami” as Carson.

Sean's birthday is in 140 days

He was born in Pleasantville, New York, U.S..