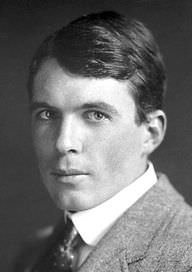 The 1915 Nobel prize winner, Sir William Lawrence Bragg was an Australian-born physicist known for his intellect and innovation. The physicist rose to fame after he discovered Bragg’s law of X-ray diffraction and also invented the X-ray spectrometer.

Bragg was born to William Henry Bragg and Gwendoline Todd and first enrolled at the Queen’s school in 1900. The physicist later became a student of St. Peters College for 5 years before gaining admission to the University of Adelaide, where he graduated in 1908. He later went further to study at Trinity College in 1909 and graduated in 1911.

William’s career began when he realized that the composition of X-rays was unknown and his quest to find answers. He coined the Bragg equation, which formed a relation between X-rays and atomic sheets. After WWII, the physicist returned to his research at the University of Manchester from 1919 to 1937. Afterward, he moved to other prestigious educational facilities such as the University of Cambridge and The Royal Institution from 1954 to 1971. During this time, he developed notable works such as X-ray microscopy, Bragg-Gray cavity theory and X-ray spectroscopy.

How old was William Lawrence Bragg when he died?

William Lawrence Bragg would be 132 years old if he was alive today.

Where was William Lawrence Bragg from?

He was born in North Adelaide, South Australia.