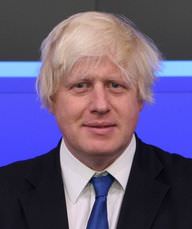 Title
Mayor of London, Boris Johnson poses for a photo prior to ringing the opening bell at NASDAQ on September 14, 2009.
Author
Source
http://commons.wikimedia.org/wiki/File:Boris_Johnson_-opening_bell_at_NASDAQ-14Sept2009-3c_cropped.jpg
License
CC BY 2.0

English politician and Prime Minister of the United Kingdom

Boris Johnson is a renowned British politician and former journalist who rose throughout the political ranks to become Prime Minister of the United Kingdom in 2019.  His claim to face is being the fact of the Brexit movement in the UK.

His father’s name is Stanley Johnson and his mother, Charlotte Fawcett. On his mother’s side, his grandfather was Sir James Fawcett, a decorated member of British society.

He has three younger siblings, who are Rachel, Leo, and Jo Johnson.

He married twice in the 20th century.  The first time, from 1987 to 1993, was to a lady named Allegra Mostyn-Owen.  And shortly after divorcing her he remarried, this time to a lady named Marin Wheeler whom he separated from in 2018.

He has four children with Marin Wheeler.  They are, in chronological order, Lara Lettice, Milo Johnson, Cassie Johnson, and Theodore Johnson.

During the course of his marriage to Marin Wheeler, he also had another daughter, Stephanie, with a lady named Helen Macintyre.

In 2019, the British media revealed Johnson's romantic involvement with British environmental campaigner, Carrie Symonds. On 29th April 2020, the two disclosed that they had birthed a son together.

He was designated Leader of the Conservative Party in 2019, the same year he became Prime Minister of the United Kingdom.

Between 2016 to 2018 he was the Foreign Secretary, which is another high-ranking British post.

Boris Johnson used to work for the popular London-based newspaper “The Times”.  However, he was dismissed in 1987 after it was discovered that he falsified a quote.

Despite his stance on homosexuality seemingly changing throughout time, he is widely known as being a proponent of LGBT rights.

One of the first things he did as Mayor of London was to ban the consumption of alcohol on the city’s public transportation system.

As Mayor of London, he was condemned by many of his constituents due to the way he responded to the 2011 London riots.  In fact, for the first couple of days he was not even in the city, reportedly opting to stay on holiday in Canada.

He resigned from the position of Foreign Secretary in July of 2018, as he felt the British government was not taking Brexit serious enough.

He is experienced in fox and stag hunting from his childhood.

He was deaf as a child.

He has been accused of promoting racism in the United Kingdom.

Boris was a dual citizen of America and the United Kingdom. However, in 2016 he renounced his American citizenship.

He is multi-lingual. Besides his native English, Boris is very fluent in the Italian and French dialects. He is also conversant in German, Latin, and Spanish.

He has admitted to ‘trying cocaine’ in college and having “quite a few spliffs” prior to his university days.

While at the very elite Eton College, Boris changed his name from Alex to Boris and developed a very strong, overdramatic English personality.

He also left the Catholic church to join the Church of England.

He has been embroiled in some scandals including having a child with his mistress.

In March, 2020, Boris announced that he had tested positive for the highly infectious disease called, coronavirus. 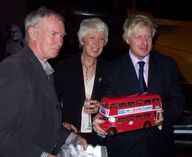 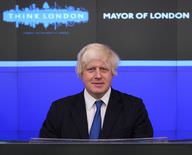 Title
Mayor of London, Boris Johnson poses for a photo prior to ringing the opening bell at NASDAQ on September 14, 2009.
Author
Source
http://commons.wikimedia.org/wiki/File:Boris_Johnson_-opening_bell_at_NASDAQ-14Sept2009-3c.jpg
License
CC BY 2.0

Boris' birthday is in 136 days

Where is Boris from?