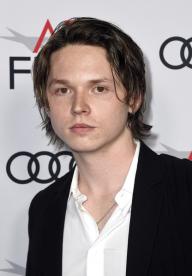 John Wallace Kilmer, professionally recognized as Jack Kilmer, is an actor who hails from America. He is famous for his portrayal of the character Teddy in the 2013 movie titled “Palo Alto”; the said movie was also his debut silver screen project.

Additionally, Kilmer has also starred in movies such as “Lords of Chaos”, “The Pretenders”, “The Nice Guys”. He also featured as Jim Randall in the documentary drama film entitled “The Stanford Prison Experiment”.

He is the son of Joanne and Val Kilmer who are both professional actors; his parents met on the set of the movie titled “Willow”. He has a sister identified as Val Kilmer. He is the grandson of Eugene Kilmer and Gladys Kilmer.

He enrolled at The Center for Early Education.

Jack's birthday is in 93 days

Where is Jack from?