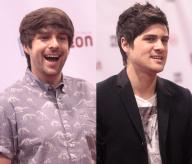 Anthony is a multi-talented YouTuber, who also boasts of interesting skills in writing, acting, production and directing. He gained prominence as a YouTuber, thanks to his association with the renowned comic group, Smosh - which he founded in 2002. After spending time with the group, he went independent in 2017, with the launch of his personal channel that has gained the attention of millions of subscribers.

His parents are Dan and Leezah Padilla. His siblings are called Antoinette, Brandon and Matthew Worrel. He was in a romantic relationship with YouTube star, Kalen between 2013 and 2014. He dated Instagram star, Mielmonster in 2017. He started dating fellow YouTuber, Glam And Gore in 2019.

At the The Streamy Awards, his work in one of his videos titled "Best Interviewer Ever" earned him a nomination for the "Best Unscripted Series" in 2019. He won the "Best Gaming Series" in 2014, and was also nominated for the "Audience Choice Personality of the Year" a year before.

Anthony's birthday is in 230 days

Where is Anthony from?

He was born in Sacramento, California, U.S..

People born on September 16 fall under the Zodiac sign of Virgo, the Virgin. Anthony Padilla is the 67th most popular Virgo.

Aside from information specific to Anthony Padilla's birthday, Anthony Padilla is the 565th most famous American and ranks 1st in famous people born in Sacramento, California, U.S.

In general, Anthony Padilla ranks as the 822nd most popular famous person, and the 133rd most popular youtube star of all time. “The Famous Birthdays” catalogs over 40,000 famous people, everyone, from actors to actresses to singers to tiktok stars, from serial killers to chefs to scientists to youtubers and more. If you're curious to see who was born on your birthday, you can use our database to find out who, what, where, when and why. You can search by birthday, birthplace, claim to fame or any other information by typing in the search box, or simply browse our site by selecting the month, the day, the horoscope, or any other clickable option.