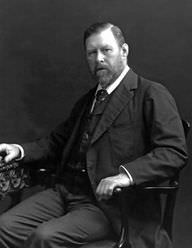 He was an Irish author who was born Abraham Stoker. He is prominently known for his 1897 novel, "Dracula". During Stoker’s lifetime, he was noted for serving as a personal assistant to the legendary English stage actor, Sir Henry Irving. In addition to that, he served as he served as the business manager of Irving‘s 2,100-seat West End theatre, the 'Lyceum Theatre'.

He was born to father, Abraham Stoker and mother, Mathilda Blake Thornley. He got married to Florence Balcombe in 1858 and they both stayed married for about 34 years, until his death in 1937. He had siblings namely Thomas, Matilda, Richard, Bram, Margaret and Irish medical writer, surgeon and anatomist, Sir Thornley Stoker. He had a son named Noel Thornley Stoker.

Google honored him in 2012 with a "Google Doodle" on Google's homepage to commemorate the anniversary of his 165th birthday.

An annual festival holds at his place of birth, Dublin, in honor of his literary achievements.

The 'Bram Stoker Award' is an annual recognition for "superior achievement" in dark fantasy and horror writing, which is always presented by the Horror Writers Association (HWA). 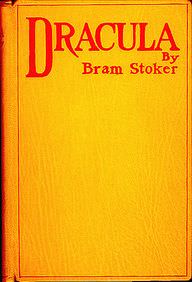 How blessed are some people, whose lives have no fears, no dreads to whom sleep is a blessing that comes nightly, and brings nothing but sweet dreams.Bram Stoker

No man knows till he has suffered from the night how sweet and dear to his heart and eye the morning can be.Bram Stoker

There are such beings as vampires, some of us have evidence that they exist. Even had we not the proof of our own unhappy experience, the teachings and the records of the past give proof enough for sane peoples.Bram Stoker

Bram Stoker's birthday is in 334 days

How old was Bram Stoker when he died?

Bram Stoker would be 174 years old if he was alive today.

Where was Bram Stoker from?

He was born in Clontarf, Dublin, Ireland.

Bram Stoker was a famous Irish author, who was born on November 8, 1847. As a person born on this date, Bram Stoker is listed in our database as the 56th most popular celebrity for the day (November 8) and the 7th most popular for the year (1847).

People born on November 8 fall under the Zodiac sign of Scorpio, the Scorpion. Bram Stoker is the 1361st most popular Scorpio.

Aside from information specific to Bram Stoker's birthday, Bram Stoker is the 127th most famous Irish.

In general, Bram Stoker ranks as the 16761st most popular famous person, and the 288th most popular author / writer / novelist / playwright of all time. “The Famous Birthdays” catalogs over 40,000 famous people, everyone, from actors to actresses to singers to tiktok stars, from serial killers to chefs to scientists to youtubers and more. If you're curious to see who was born on your birthday, you can use our database to find out who, what, where, when and why. You can search by birthday, birthplace, claim to fame or any other information by typing in the search box, or simply browse our site by selecting the month, the day, the horoscope, or any other clickable option.