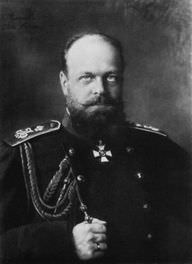 Pyotr Ilyich Tchaikovsky was a Russian composer who was notable for being the first Russian to break through audiences outside of his home country and make a lasting impact, thanks to his several guest appearances as a conductor internationally. He was also notable for his association with the group of composers known as “The Five”, although he never really got along with them in terms of musical style due to his more Western influence.

Some of Tchaikovsky’s most well-known works include his Violin Concerto, the operas The Queen of Spades and Eugene Onegin, and the symphonies Manfred Symphony and Francesca da Rimini, to go along with three of his numbered symphonies (No. 4 in F minor, No. 5 in E minor, and No. 6 in B minor).

Pyotr Ilyich Tchaikovsky's birthday is on May 7, 1840.

Pyotr's birthday is in 221 days

How old was Pyotr when he died?

Pyotr Ilyich Tchaikovsky would be 182 years old if he was alive today.

Where was Pyotr from?

He was born in Votkinsk, Imperial Russia.