Joey Jordison was a songwriter and drummer who gained fame for being the drummer for the band Slipknot. Upon leaving Slipknot, he formed his own band Scar the Martyr in 2013. He influenced several famous drummers, including popular American drummer Tommy Clufetos.

He established Slipknot in 1995 along with Paul Gray and Shawn Crahan. The band’s maiden self-named album was released four years later.

His parents divorced when he was young. He grew up with his mother, stepfather and two younger sisters.

According to the drummer’s family, he died while he was asleep.

When he was young, he occasionally helped his mother in her funeral parlor business.

He once played guitar for a punk band named Murderdolls.

Following his departure from Slipknot, the band's frontman Corey Taylor stated in an interview that moving on without him was one of the most difficult things the band had ever done.

According to the drummer, music greats such as John Bonham, Keith Moon, and Gene Krupa were his biggest influences.

He battled the neurological illness known as transverse myelitis.

His parents gifted him his first drum kits at the age of 8. 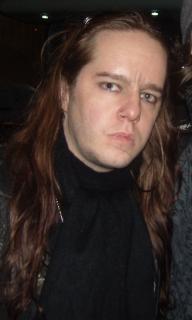 Title
A logo created by me for the Slipknot Project.
Author

Joey's birthday is in 146 days

How old was Joey when he died?

Joey Jordison would be 47 years old if he was alive today.

Where was Joey from?